HOW VEGETABLE, FATS AND OIL IS GOOD FOR COOKING

May 09, 2017
Vegetables, fats and oil are widely used in west Africa and they give excellent result. They are used for frying large quantities of food. A piece of onion or orange peel dropped into the oil when it is being heated improves the flavor. 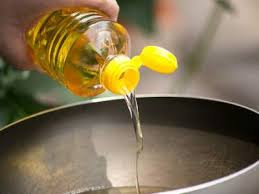 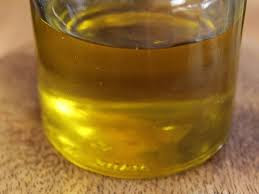 Lard must be hot before food is fried. The fried food will not be greasy. This fat is not very widely used because it is expensive.
Margarine is also expensive, but less so than butter. It may be used in the same way as butter.
Shea-butter, if some vegetable oil is added it gives good results.
Fulla-butter, This is the fat skimmed from cow’s milk. it is used mainly by the Fulani herdsmen, but some other people use it for cooking. It has strong flavor if it is not properly clarified. 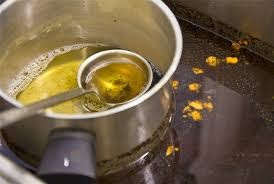 STEWING
Stewing is a method of coking food slowly and for a long time in a little liquid, in a well covered pan.

Stewing is done by the following reasons:

1.      To keep the food tender; usually tough pieces of meat, dried meat or fish, old and fibrous vegetable or hard under-ripe fruit are used.
2.      By slow, entle, moist heating, the connecting tissues of meat become gelatinized and fall apart.
3.      The protein coagulates without over hardening.
4.      The soluble nutrients and flavor come into the liquid that is served with it.
General rules for stewing:
1.      Cut food in small pieces in order to expose as much surface as possible.
2.      Use a saucepan with a cover to prevent evaporation and loss of flavor.
3.      Bring to boiling point then reduce heat and allow to simmer: never let it boil.
4.      Use just enough liquid o last throughout the cooking.
5.      Avoid uncovering the saucepan too frequently, in order to prevent the flavor from escaping.
6.
Advantages Of Stewing:
1.      Stewing is the most economical method of cooking because cheaper cuts of meat and tough cuts of fish, coarse vegetables,  and under ripe fruits may be used.
2.      It makes tough food tender and digestible.
3.      It needs very little attention.
4.      It is a conservative method of cooking because the juices which escape goes into the liquid served with the food, therefore nothing is wasted.
5.      Very little fuel is required.
Disadvantages of stewing
1.      It is slow method of cooking.
2.      The long coking destroy some of the valuable nutrients in the food, e.g. vitamin C in fruit and vegetables. Care should be taken to serve plenty of raw vegetables and fruit with stewed meals.

Boiling is a method of cooking food in boiling water,  the water covers the food, e.g. boiling plantain or rice .

1.     To soften food such as root vegetables, cereals and grains.

2.     To extract nutrient from foods such as bones, calf’s foot and meat etc.

When cooking food to soften it, place the food in boiling water and continue to boil gently for a short time so that it will not break. Hard boiling breaking up delicate food.
When cooking food to extract nutrient cut into small pieces to expose as much of the inside as possible. Put it in cold water, heat slowly to boiling point and cook for a long time. Beef tea is prepared in this way. The nourishment and flavor are extracted into the water, which is drunk as tea.

If nourishment is to be preserved, place the food directly in boiling water. The heat of the boiling water seals the surface and coagulates the outside protein of meat and keep the nourishment and flavor in the food .

When cooking old root vegetable and tubers, place in cool water and bring to the boil as these take a longer time.

4.     It is cheap, as tough cuts of meat and coarse vegetables and fruits may be boiling.

1.     Valuable minerals salts and flavor dissolve in the boiling water which is usually throw away after boiling vegetables ( where possible save the stock for cooking other foods and for making gravies etc.).

2.     The flavor of soups etc. is not developed, therefore add vegetables and herbs to improve it.

Popular posts from this blog

Instructions to Make Aubergines in Oil

December 07, 2019
Aubergines, otherwise called eggplant, are an awesome wellspring of dietary fiber. They contain nutrients, for example, B1 and B6 just as potassium. They are additionally high in magnesium and manganese which is solid for the body.

A dish that can assist you with eating more aubergine is Melanzane Sott'Olio which means aubergines in oil. This is a flavorful tidbit that can be put on wafers, in sandwiches or just be eaten alone.

Melanzane Sott'Olio takes a couple of days for every one of the flavors to inject into the aubergine. The conventional tidbit has a blend of herbs that make the tartness come through. Indeed, even the oil will taste astonishing on a cut of bread.

For the flavors you should slash two cloves of garlic, shred one little bundle of new parsley, finely hack one red bean stew for somewhat of a chomp, include one teaspoon of dried oregano and a couple of leaves of destroyed mint.

Right off the bat, you should expel the water from the vegetable so the oil insid…
Read more

3 Fantastically Flavorful Gathering Plans That Your Visitors Will Love

November 06, 2019
Choosing what to serve your visitors at a gathering that you will have is no simple accomplishment. You would prefer not to get ready something too basic which may not mix their hunger, or serve something too extravagant which might be excessively entangled and tedious to cook. Think basic yet scrumptious - these simple gathering plans will definitely hit the spot!

In a little bowl, combine liquefied spread and garlic glue until well-consolidated. Orchestrate naturally bubbled corn in a serving platter and shower with margarine and garlic blend. Top with parmesan cheddar and ocean salt. Sprinkle with parsley for decorate. Best filled in as a tidbit or as a side dish.

A More advantageous And Simpler Approach To Make Yogurt

November 06, 2019
Yogurt is a velvety and tasty nourishment brimming with basic supplements that make it probably the most advantageous nourishment that can be made at home. Frequently individuals go to locally acquired yogurt as opposed to making it at home when they face issues like yogurt turning out acrid or watery.

In any case, the locally acquired yogurt is certainly not a decent option since it is loaded with fake added substances and sugars that are unfortunate, similar to gelatin, gelatin and so forth. And all the great stuff is handled out through procedures like ultra-purification and so on. Why get an undesirable rendition of this incredible nourishment when there is a more beneficial and simpler approach to make yogurt at home!

Here is an alternate method to make yogurt that is basic and it makes thick and delightful yogurt in under 10 minutes, so you never need to pick unfortunate locally acquired yogurt again.

The key is to pick the correct pot - a non-harmful, semi-permeable pot produce…
Read more